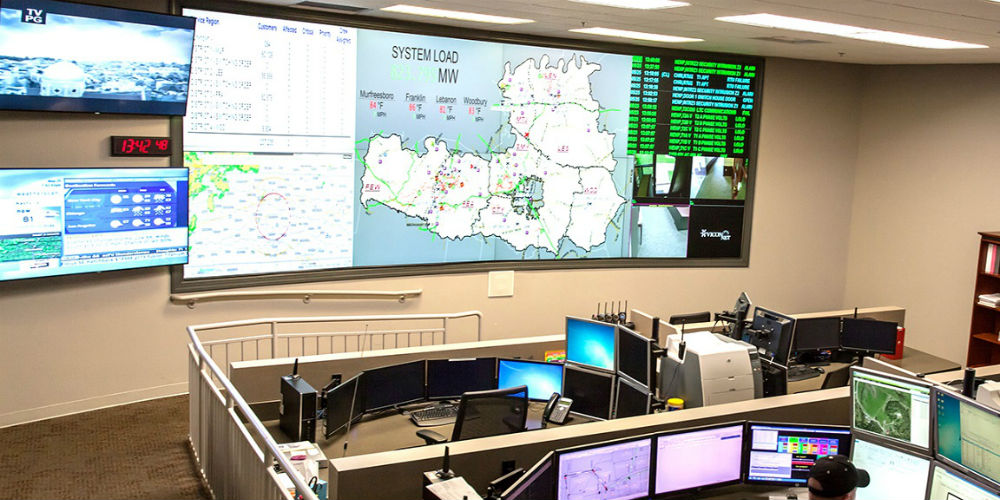 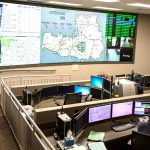 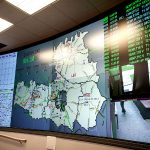 Middle Tennessee Electric Membership Corporation (MTEMC) provides electricity to 205,000 residents within four major counties, and covers a demanding 2,100 square miles of service territory. As a cooperative, MTEMC refers to their customers as members, and with significant growth and 80-year history, has proudly become the state of Tennessee’s largest electric corporation.

MTEMC knew they needed to update their 24/7 control room monitoring system, in order to more efficiently serve their members and increase productivity for a reasonable cost.

“The wall was pretty static,” says Chip Pinion, system control supervisor for MTEMC. “There wasn’t a whole lot we could do with it as far as changing the layouts and changing different things we’d like to put up on the screens.”

In addition, with the wall pushing seven years old, acquiring parts was becoming an issue. The video wall in MTEMC’s control center is a focal point in the critical space that not only runs 24/7 but is a primary command and control decision-making center.

All of this makes MTEMC’s control room an extremely important space. Used primarily to monitor their Supervisory Control and Data Acquisition (SCADA) system and their outage management system, the control room also oversees security monitoring, a constant weather map, and feeds from several cable sources. Much of the company’s success has come to rest on their control room capabilities and the space needed a technology refresh.

MTEMC turned to RP Visual Solutions (RPV), specializing in 24/7 displays and priding themselves on personalized service for over a decade.

Christie Entero HB is an evolution in performance, reliability and confidence for control room video wall displays and rear projection engines. Christie Entero HB offers high brightness, 24/7 performance and reliability, all with an overall low cost of ownership and operation. The projector engine is the first and only LED control room display to offer wireless control through Wi-Fi capability allowing users to make adjustments, control the wall or perform diagnostic monitoring through an iPad or other similar wireless device.

Christie Phoenix enables seamless access and control of audiovisual data from virtually anywhere, through a single, robust system. Its comprehensive tools allows thousands of users to simultaneously view, listen to and interact with any source of information found in a control room environment, regardless of their location.

Consisting of at least one hardware node and powered by web-based management software, the Christie Phoenix system allows users in a variety of challenging environments to make faster, more accurate life-critical decisions with confidence.

A major benefit of the new display wall solution is that it can dynamically change to meet the needs of a group no matter what time of day they’re working, especially critical in a 24/7 environment.

“Even when we have different levels of brightness in the room, it does not change the clarity of what we see on the wall itself,” says Pinion.

One of the biggest advantages for this monitoring system is that Christie LED light engines provide 100,000 hours of illumination, making the new system more reliable and maintenance-free than the old one. With a system that is constantly used and depended on, there is no room for downtime or error.

While the previous wall had been limited in regards to handling ambient light, it was also limited in what it could deliver processing-wise. With seamless access and control of audiovisual data, Christie Phoenix allows users to make faster and more accurate decisions. These features in a control room like MTEMC’s present greater capabilities when it comes to serving their members.

Jonathan Blackwood
Jonathan Blackwood is managing editor of TechDecisions. Jonathan joined TechDecisions in 2014 and writes about technologies that help to innovate and improve practices for companies of all sizes, K-12 and higher education, government, healthcare, hospitality, retail and large venue spaces. He is especially interested in the future of work and education and the Internet of Things. Follow him @BlackwoodTweets.