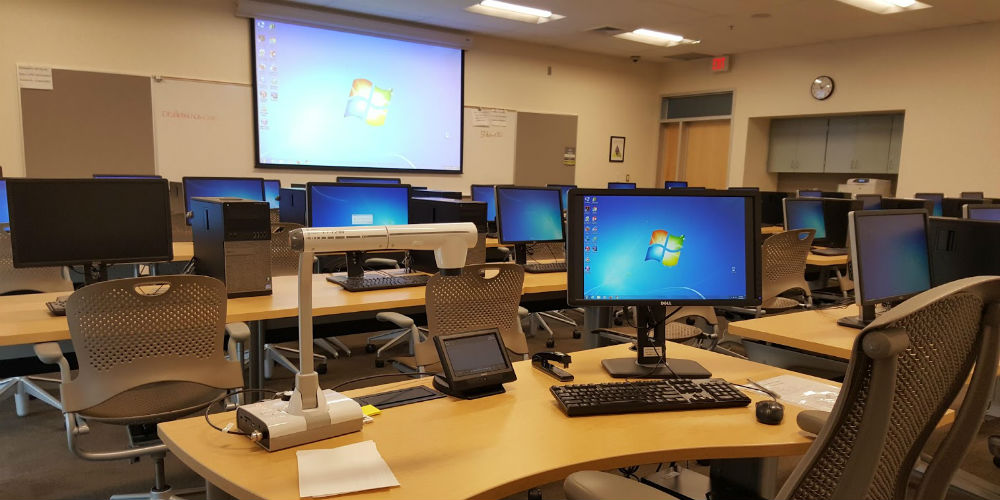 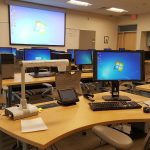 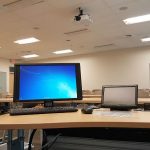 Clover Park Technical College (CPTC) in Puyallup, Wash., offers over forty courses in aerospace, engineering, science and technology. But despite CPTC’s complex subject matter, the school’s technology has struggled to keep up with modern times, partly because of the pesky power surges that plagued its previous system.

CPTC’s Dean for Health, Client, Business and Human Services Michelle Hillesland called PROTON360 COMMUNICATIONS, a Washington state based technology integration firm with whom she had worked with in the past, to design a new reliable digital A/V system with sophisticated power protection.

“Our staff was experiencing a lot of difficulty using our old analog system. It was totally unreliable. Sometimes it would turn on, sometimes it wouldn’t. Many of our presentation components were left unused as a result,” says Hillesland. “In addition, the screens weren’t large enough for the content. We had to turn off the lights to see the text or images being displayed. Students were quite literally falling asleep.”

With sophisticated power protection in place providing much needed peace-of-mind, PROTON360 built an entirely new AV system for the school. Previously unable to switch between sources, expand visuals on lecture hall displays, or guarantee that the system would even turn on, CPTC’s professors needed a simple but reliable way to conduct multi-media presentations that would engage their students.

In order to guarantee that the new school-wide AV system would be as reliable as the staff wanted it to be, PROTON360 installed 20 Furman PL-8C power conditioners to protect it from power surges. 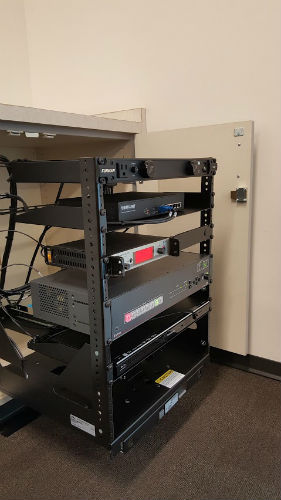 “Dirty power, which can cause surges, is pretty common in Washington’s schools. It was our priority to make sure that the sophisticated presentation system we were about to implement did not act delayed or ‘sticky’,” says PROTON360 General Manager Joe Westbrook. “So we used Furman power conditioners to protect every single piece of gear. Furman shields the school’s technology from any power mishaps that could occur.”

The integration process was not without its challenges. PROTON360 originally planned to integrate the school’s twenty-one rooms at once. They quickly had to change their plans when they found out that they’d have to work on one to two rooms at a time, while classes were still in session.

“We had to adjust our schedule and work around classes,” Westbrook says. “But we rearranged our entire process, powered through, and made life easier for our client–which is the ultimate end goal.”

Now, with one automated touch panel per room, CPTC’s staff can easily turn a display or projector on or off with the touch of a button. They can switch between sources and control the room’s audio. “Much of the subject matter being discussed in the labs or lecture halls is complex,” Hillesland says. “The new functionality really enhances the learning experience for teachers and students alike.”

Additionally, CPTC’s staff no longer have to turn off the lights to conduct a presentation. Hitachi’s 6,500 ANSI Lumens Multi-Purpose Projectors provide bright and clear content in normal ambient lighting.

“CPTC’s professors can now create presentations that engage students,” Westbrook says. “The system is sophisticated on the back-end, but extremely simple on the front-end for the user. “Everything – the projectors, displays, audio, video, and power management – work together to create a reliable and easy-to-use system.”

According to Hillesland, the system has been running smoothly, and CPTC has not experienced any power surges that have affected the equipment.

“I have witnessed power surges before that have temporarily killed our technology,” she says. “With Furman power protection and conditioning, we have had no problems at all since the new AV system was installed. I would definitely recommend a system of this nature to any higher education school that wants to enhance how they teach their subject matter and delight their staff.  It has completely transformed our operations.”

Jonathan Blackwood
Jonathan Blackwood is managing editor of TechDecisions. Jonathan joined TechDecisions in 2014 and writes about technologies that help to innovate and improve practices for companies of all sizes, K-12 and higher education, government, healthcare, hospitality, retail and large venue spaces. He is especially interested in the future of work and education and the Internet of Things. Follow him @BlackwoodTweets.