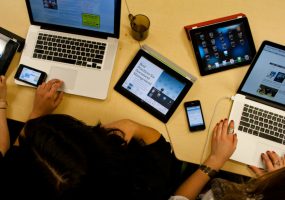 In order for online learning to give students an effective online education, schools and colleges need to invest in lecture capture solutions. According to Joseph Cilli, the answer as to why schools are moving to online learning is obvious – students want it. Cilli, the director of distance learning at Florida International University (FIU), says […] 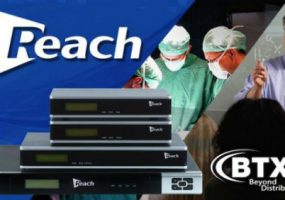 Capture, Stream and VOD Are Aim for BTX in Product Expansion

BTX Technologies recently announced the company will strengthen its capture, streaming and VOD capabilities with the expansion of the Reach product line and the addition of Carl D’Agostino to the staff as AV over IP business manager. Reach offers video encoding, live streaming and VOD distribution from either a single appliance or using a system-wide […]

Monarch LCS is designed to allow administrators to easily define profiles for live streamed and recorded lectures by mixing camera and presentation material from SDI and HDMI sources.

A natural evolution of class capture, streaming allows integrators to interface with the class scheduling system and send the lecture capture file to a number of places, truly duplicating the expensive distance learning systems of the 90s.

Webinar: What to Look for in a Lecture Capture Appliance

Learn the best strategy for choosing a lecture capture appliance from Francesco Scartozzi and Dan Maloney with this webinar on July 27th.

Online students at Emporia State University are benefiting from more engaging presentations thanks to the new Lightboard features.