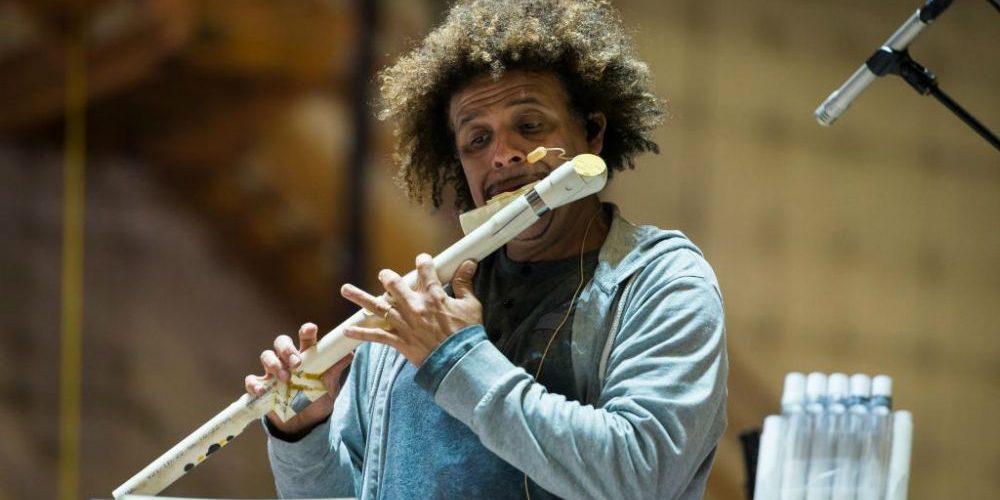 The wildly popular HBO series Game of Thrones has come off the screen and onto a live immersive stage concert experience featuring 807 linear feet of jumbotrons, and 3D designs that rise from the stage floor.

Pedro Eustache, the featured winds soloist channels GoT’s iconic Songs of Ice and Fire through 15 different instruments including 2 he custom-built for the tour and a 14-foot horn that he flexes across the stage.

Pedro Eustache, is a flautist, reeds, world woodwinds, wind synthesist, composer and lecturer with extensive academic studies and more than 40 years of professional experience. He has more than seven years of symphonic experience and a collection of around 600 instruments from all over the world, many of which he has designed, built or modified himself. 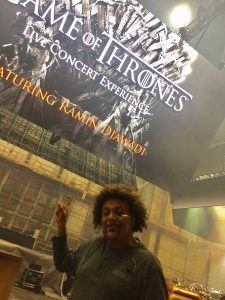 His world flutes and woodwinds have been featured with artists including Sir Paul McCartney, Hans Zimmer, Mel Gibson, evangelist Luis Palau, Grammy-winner singer-songwriter Don Henley and the Yanni Orchestra where he was the principal flute for 10 years.

For someone so accomplished, it is imperative that his instruments be heard correctly by arenas throughout the country for the Game of Thrones tour. The multidirectional artist wears Point Source Audio in performances of 8 exotic flutes he plays on the tour.

“I’m telling you literally your headset mic is like a God send – beautiful.” Eustache says of Point Source Audio. “With your mic, I can get it incredibly close to my mouth to capture the sounds. A typical instrument mic is not going to work; I play too many instruments and they’re not that practical for me.

“What sold me on the Point Source mic that is also very important is the extendable length on the boom that allows me a lot of placement choices,” says Eustache. The company’s flagship “unbreakable boom” flexibility allows Eustache to practically stair step the mic boom quickly to the right angle no matter which instrument he is playing.

Another handy feature for Eustache is the collapsible earhooks on the headset mic. He cited it as one of the main reasons he switched to Point Source. “It can become incredibly compact for transportation when you move the ear pieces and you put them flat. That’s amazing.”

The CR-8D Cardioid Headset Microphone is a key member of Point Source Audio’s SREIES8 collection of miniature microphones. The cardioid headset is designed for mic’ing situations requiring optimal feedback rejection and has been selected by world renowned venues such as the San Francisco Opera and Berklee College of Music after it outperformed numerous other brands in A/B evaluations.

Immediately at the conclusion of the GoT Live Concert Experience tour, Eustache will join the Hans Zimmer Live Tour opening April 14th. According to Eustache, the compact cardioid headset will once again be his mic of choice because with hectic schedules and high profile concert performances, there is no room for error—or delicate headsets unable to withstand the rigors of travel.